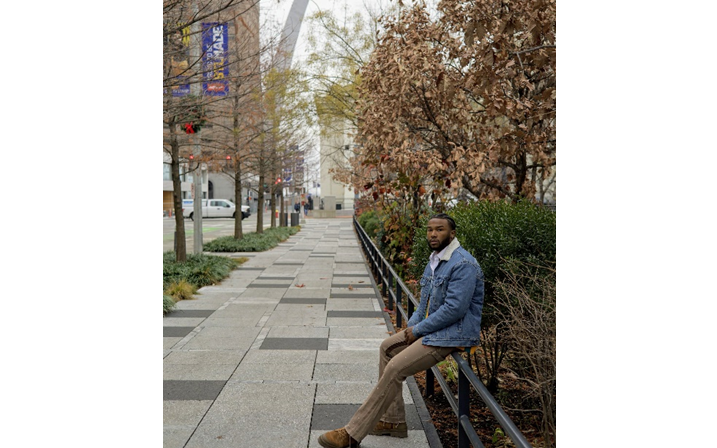 Say Tony is a musical artist from St Louis, Missouri. He stays devoted and works hard on his craft. He now resides down south in Texas, where the music scene is competitive. He has one goal in mind: to become more serious and dedicated to his work and proving others wrong. “I’m inspired by faith and will. I live in a space where I yearn to conquer my challenges and obtain my goals.” Say Tony is a well-rounded artist who refuses to give up even when things don’t go as planned. He wants to keep moving forward and use his music to do good things.

Because of the COVID-19 outbreak, a large number of large-scale events, such as concerts and festivals, were prohibited in the year 2021. This was due to the limits imposed by both the city and the federal government on the movement of people. Therefore, the number of opportunities for artists to demonstrate their abilities has been drastically reduced. Say Tony understands the importance of being faithful and steadfast on his journey and remained successful through his endeavors.

As a musical artist, Say Tony is currently concentrating on expanding upon his already solid base and making it even stronger. Successful individuals make investments in themselves as well as diversly in others who will assist them on their path to success. Say Tony is aware of this. “I have a few singles that I have been working on to show variety in my style and adaptability. All leading to draw in multiple audiences and perception of music and emotion.”

What is inspiring you right now consistently to work on your endeavors?

I’m inspired by faith and will. I live in a space were I yearn to conquer my challenges and obtain my goals.

How have you overcome struggles to be where you are at now?

Being consistent with time management, finances, and living.

Even though Say Tonyis devoted to perfecting the art of his music to the highest level, his hardships have made him want to do even better in his business as well. “Honestly, I’ve overcome struggles by staying in a positive mindset. Knowing that everything happens for a reason & once made it through you level up. Especially, when I believe I’m following my purpose.”

“Belief is looking past your circumstance.” – Say Tony

Despite the passage of time, a brand called #Focuseddd continues to emphasize the abilities and motivations of individuals who have a strong purpose for what they do, such as Say Tony.