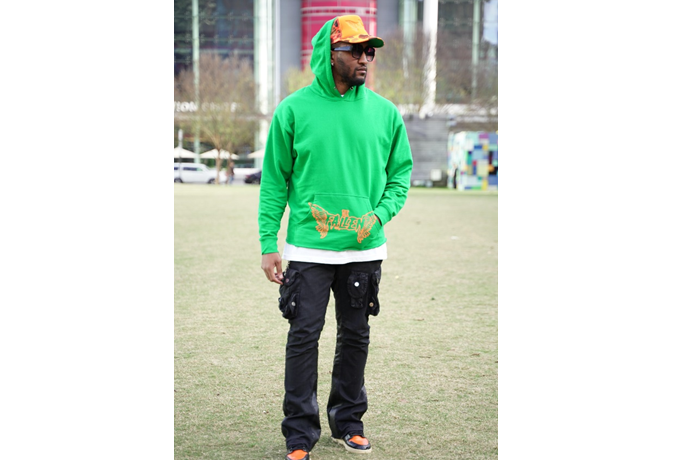 Garrick Scottis a fashion designer from Galveston, Texas who now resides in Houston, Texas. He stays devoted and works hard on his craft with his remarkable designs for his clothing brand, The Fallen Clothing. To become more serious and dedicated to his Garrick Scott only looks one direction, and that’s ahead. “No matter how many times you fall, rise again.”

Garrick Scott is a well-rounded fashion designer who refuses to give up even when things don’t go as planned.

Garrick Scott understands the importance of being faithful and steadfast on his journey and being able to stay remained focused through his endeavors. Because of the COVID-19 outbreak, a large number of large-scale events, such as concerts and festivals, were prohibited in the year 2021. This was due to the limits imposed by both the city and the federal government on the movement of people. Therefore, the number of opportunities for artists to demonstrate their abilities has been drastically reduced. But Garrick Scott kept it consistent and moving.

As a fashion designer, Garrick Scottis currently concentrating on expanding upon his already solid base for his clothing brand, The Fallen Clothing. Successful individuals make investments in themselves as well as diversly in others who will assist them on their path to success. Garrick Scott been aware of this and admits that his prayer and determination showed him the path toward success. “ I want to be one of the top fashion designers in the world”

Give 3 qualities that describe you :

GOD, my mother, my friend/brother Qudus “Duce” Jacobs, my friend/sister Sadajia White and my uncle Jarmon “Hershey” Hawkins, but as far as for fashion, Pharrell, Virgil, Kanye, RichGod and Fabulous

Afterward, Garrick Scott’s goal is to make people want to see more of him, which he has done already by putting in the hours of work and commitment.Both in front of and behind the scenes in the year 2022, he makes a difference in the fashion business..Garrick Scottexplains that he is working on merchandise , andgetting ready his spring and summer collection with ladies wear as well through his brand, The Fallen Clothing. He explains there is so much in store for him. He said it is all coming together one step at a time with his consistency and determination.

Even though Garrick Scottis devoted to perfecting the art of his fashion to the highest level, his hardships have made him want to do even better in his business as well. “ Having reliable vendors, and not getting down when sales aren’t going as planned, it is important to stay consistent.’

Despite the passage of time, a brand called #Focuseddd continues to emphasize the abilities and motivations of individuals who have a strong purpose for what they do, such as Garrick Scott