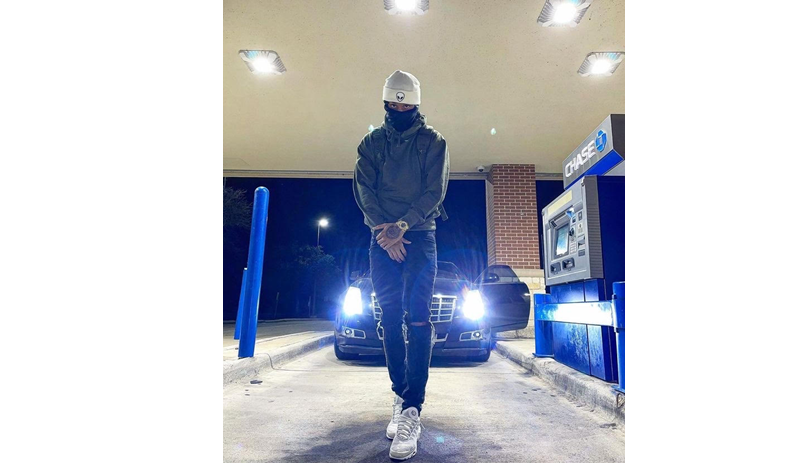 Keeping an eye on $pace Kidet is a must.The rising star in the Dallas area is well rounded in a lot of his passions, and has been consistently creating all kinds of content. The Dallas music industry has major pathways to success, and $pace Kidet has set his sights on the summit of the mountain.$pace Kidet is originally from Arlington, Texas, but resides in Dallas where the population for artists is at high and competitive. He has one goal in mind: that he should expand and remain positive. “I stay positive. It’s a amazing feeling to be able to lift someone up by words let alone from them seeing what I’m doing.My second trait would be not giving a damn about anything but growth.”

He explains that he has mastered detaching from things that aren’t healthy for his sole purpose and business. And this brought him to really believe in himself and to expand on his ventures further.Nothing will ever grow if the person watering it doesn’t believe that it will grow. And $pace Kidet explains that his knowledge is a very strong tool that he uses to build his platform with to strategize on new initiatives.

As an artist, $pace Kidet went into depth about the projects that he is currently working on. “I’m working on expanding music & videos so that I can have a full catalog for people to enjoy and rock out with me.”

“Also I have my ‘Only The Best World Wide’ clothing line launching this year to push the motive that Only The Best can be accepted. I won’t go into too much of detail, but I have a magazine in the works based around all types of art. Like music, modeling, and also painting.” $pace Kidet goes on and mentions that his art page on Instagram is also pretty popular. Called @fluiddrips_ . This is where he creates fluid art for commissions and for fun.

Usually When one person is away from home, failure is a common occurrence, but $pace Kidet ,the popular Dallas artist from Arlington  is not one to give up and keeps his goals very broad. His goal is to keep moving ahead and to create something meaningful with his music.

$pace Kidet’s makes a difference in the music industry by putting in the hours of effort, enthusiasm, and motivation, both visibly and behind closed doors. “I’m literally the only person that checks in to make sure I’m hitting the studio, making sure I’m still painting, still pursuing the achievable. The end goal is the thing that keeps me going. The possibility of who I can be and the fear of not becoming that. This is why I say my ability to believe you is a very valuable trait to have cause if I didn’t believe in what I was doing I’d still be sitting around doubting the things I really wanted to do.”

$pace Kidetwent on to remark that his passion for music will always be a driving force in his life and that important persons in his life had a significant effect on his career. He says that his own passion and inspiration has gotten him where he is at today. “It’s tough to say and think that you influence yourself more than anyone but at the same time it shows how much I have reflected on the past and my own actions. I couldn’t give someone the power to influence me because they might not have the same vision as I do. It could be detrimental to my business to be influenced by the wrong people. I, of course take in advice and lessons but I put them in a way most understandable to me.

$pace Kidet views himself as an ambitious artist who has become more of an inspiration and a go-getter to others because of his work ethic and determination.“Anything is possible as long as you really want it. Stay true to you, and don’t fold or compromise your morals for the easy route. Anything that was gained easily can be taken just as easy. Allow yourself to make mistakes so you can learn. Allow yourself time to develop so when you make it you don’t fall off.”

He adds that he struggling tends to make him go harder cause he is the only solution to whatever the problem is happening.

“Coming up I have my new single “Get Busy” launching on February 28th at 2:22pm so be sure to tune in for that. It’s some heat no cappuccino. Also next month I have another single launching with a video called ‘Slow Down’. I don’t have a specific launch date yet but it’s definitely going to be a movie that won’t want to be missed. After that it’s more music and more content every months. $pace means speak positive and create everyday so that’s what I’ll be doing till the end of my time which means hella content and lit shit for everyone to enjoy.”

Although$pace Kidet is totally focused on mastering the art of his job, his hardships have inspired him to strive for even greater achievement. $pace Kidet explains that remembering that hardships are short-lived might help others get through them,“Struggling tends to make me go harder cause I’m the only solution to whatever the problem is. You have two choices either get up and do something about it or wallow in sadness cause shit not going your way. I chose to make it go my way and the requires work. As difficult as it is to remain positive through struggles, it’s very important to maintain growth and peace within yourself.”

The emphasis of $pace Kidet’s concentration is now on continuing to pursue his musical profession in order to build his already strong foundation even further than it is already. $pace Kidet has his sights set on the prize and realizes that in order to be successful, one must not only invest in oneself, but also in those who will invest in you in exchange for their efforts on his behalf.

The #Focuseddd brand continues to promote the stories of individuals like ___the artist, who have a reason for doing what they do.