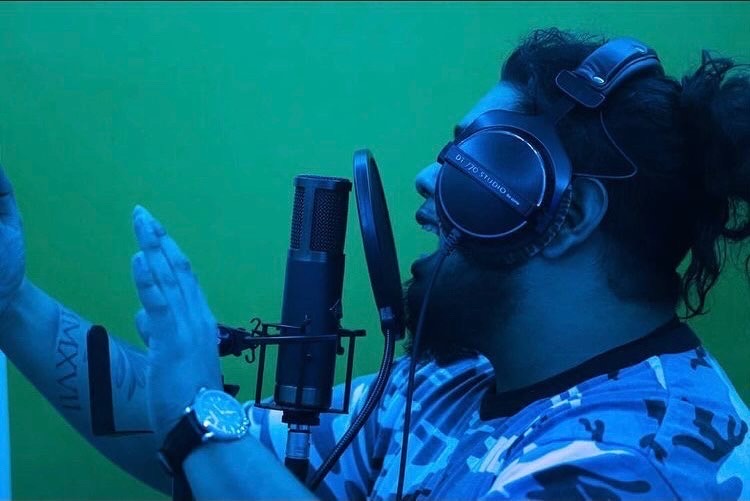 From the West coast, Xaay, is well known. With distinguished credentials, Xaay is specifically from Compton, California and is in deep with the music. With notable work, the music engineer, producer, and artist is quickly rising to the top within the industry rankings. Having multiple studio locations where he has operated out of, Xaay has worked with a diverse range of sounds. “Networking, branding, and marketing. I’ve been all over the place creating the brand I want to stand for, but over these last few months I feel like I’ve finally found my footing and understand who and where to promote myself.” Xaay explains that gaining exposure was definitely a challenge and was something that he wasn’t used to but after some YouTube videos and his own training, he realized where his disconnect was. He finally knew where he wanted to be. Now Xaay is focused on creating content out of multiple locations of RZN Recording Studios, in Compton and Downtown Los Angeles, helping hundreds of artists create the sound they love.

A rising star on the Compton side of California, Xaay has been an impact in the music industry who has set his sights on the summit of the mountain with his future endeavors. “I got my EP ‘SOMETHING’ good dropping 2/22/22. Got a blend of some funky RNB with a dazzle of trap vibes. You can also check out a Cypher I was part of on YouTube, it’s called Hi Def Cypher make sure to check out season 3 episode 2. I guess I might as well say if you’re in the LA area and need a studio, search up RZN Recording and ask for Xaay. I got you!”

Osvaldo Partida , or Xaay as some would mention him as, was born in South Gate, California, also known as the home of Cypress Hill, and was raised in Compton, California. He has one goal in mind: should become more diverse and dedicated to his profession. He’s determined, hungry, focused. in the way he goes about making music. When away from home, failure is a common occurrence, but Xaay, a successful artist, is not one to give up. His goal is to keep moving ahead and to create something meaningful with his music. After he walks off the stage when he performs, his objective is to leave people wanting to see more of him and visit him in the studio. In Compton he makes a difference in the music industry by putting in the hours of effort, dedication, and inspiration, both publicly and behind the scenes in the studio lights.

Xaay went on to remark that his passion for music will always be a driving force in his life and that his mother and father were a leading example in his life. “The game they laced me up with is unmatched to any lesson I’ve ever learned anywhere else. I appreciate yall.”

Xaay views himself as an ambitious artist who has become more of an inspiration and a go-getter to others because of his work ethic and determination. Explaining that his family ties are extremely meaningful to him. “My daughter. Hands down. I want to make sure by the time she figures out who she is and what she wants to do in life that I have a platform to be able to elevate her. Also the music. It’s a type of therapy for me. Without music my days get kind of rocky so when I’m head down working on something it just makes everything easier.”

He adds that he has been on a long journey since he was 17 years old. Xaay explains he went to a rehab, mental home, and was homeless plenty of times. He mentions he had a kid at 20, lost his share of friends at the time, and the only thing that’s kept him rolling was God, Music and Weed. Xaay explains that whenever he was on the wrong path, God made sure to send signs.

Although Xaay is entirely focused on perfecting the art of his work, his trials have encouraged him to strive for even greater accomplishment. “When it seems like it’s time to give up  and you’re on your last 3%. Don’t stop because that’s when everything starts moving. You’ve proved to God and the Universe you’re deserving and you really want whatever you’re going after. Affirmations are real but you just can’t ask. You got to put the work in for it.

The emphasis of Xaay’s concentration is now on continuing to pursue his musical profession in order to build his already strong foundation even further than it is already. Xaay has his sights set on the prize and realizes that in order to be successful, diversity is key. In the audience, he is motivated constantly in the thought of making a difference not just in his neighborhood of Compton, but also in the rest of the communities in California.

The #Focuseddd brand continues to promote the stories of individuals like Xaay the artist, who have a reason for doing what they do.