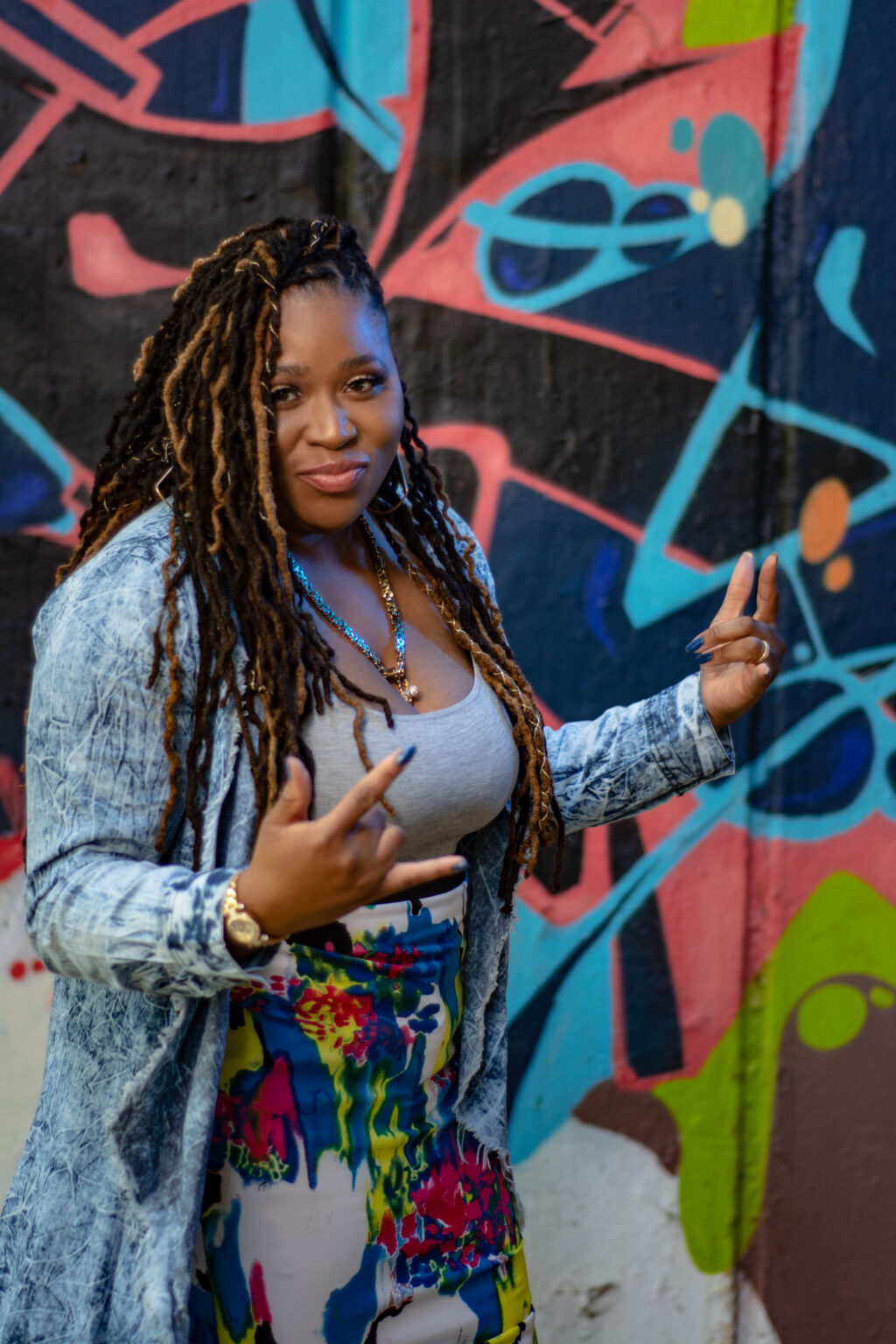 There are just some artists you hear about who are talented in every single possible way.

Cleva Thoughts is that type of artist.

Cleva Thoughts, ChantillyKornegay, was born January 20, 1985 in Bronx, New York to Gina and Russell. She was introduced to a wide variety of music like reggae, Latino, R-N-B, House, and jazz but Cleva also indicates that Hip-Hop really influenced her at an early age.

Cleva has always been a fan of Hip-Hop culture:

“I could not stop reciting LL Cool J Around the way girl. I was impressed with the be-boy dance moves and the heavy chains. Walking down the street in New York City is so inspiring to new eyes.”

Cleva recalls at 15 years old free styling and recording with all of her friends in Palmer Park, MD. She remembers this time in her life as a turning point where she was able to refine her technique, style, and delivery into something remarkable. Today, Cleva Thoughts has recorded hundreds of songs that she shares across social media with her loyal followers.

Before the shutdown during the pandemic, Cleva Thought’s dedicated passion for a music career has landed her shows in DC, MD, TX, and NY. She was also featured in a magazine featuring Tech N9Ne as well as several underground radio stations (Rolling with Swanny River). As an undergraduate at Strayer University, Cleva Thoughts is not only a full-time artist but also a full-time student going for her Bachelors degree.

This passionate, young individual truly understands that talent comes in all shapes in sizes. Cleva Thoughts not only writes, records, and performs music but she also produces, conducts graphic design, web development, video editing, photography and marketing. Cleve Thoughts understands that in order to make it all, you have to learn how to do it all.

As the owner of Box The Mic Entertainment, Cleva Thoughts describes herself as:

“A lyricist and lover of words; an old soul, a vibrant energy trying to understand the world around me. I vow to observe the cultures around me and try to understand. There is still so much to learn as an artist and human. I will continue to write about whatever crosses my mind. I hope you join my journey. Your encouragement and support is well appreciated.”