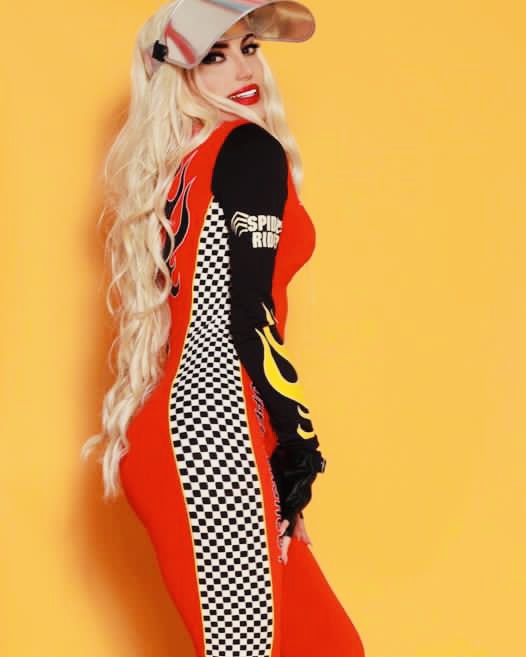 We live in a world that gone those days when one person would have to participate in a reality TV show or win a competition to showcase their talent! While this platform such as Instagram and Facebook or youtube still exists, social media has made it easy for today’s youth to show their amazing skills to the world. Everyone is just a click away from making the most of their life. But one such talented person who has been winning the internet’s heart for quite some time is “Nastaran Queen” who has made a lot of noise with her talents in music, singing, acting and modeling.

NastaranAfshar (also know as her stage name “Nastaran Queen”) was born in Ahvaz, Iran. She is from the royal family of King Afshar (Nadir Shah Afshar), She has bakhtiari heritage and she’s so proud of it, From childhood, Nastaran wanted to make an impact in this world. She watched her parents struggle her whole life. As a child, she performed songs and poems on stage. This proved to be the motivation for her as a kid. For the past years until now, She has been involved in the Music market. For Nastaran, music is about developing a connection with people, She grew up listening to a variety of music that helped her understand the art better and deeper. At a very young age, She decided to be a musician, singer and has fulfilled her dream.

Nastaran Queen Actively swayed by the music industry, Nastaran was greatly influenced and mesmerized some famous artists after immigrating to the United States, She also was invited for “Hello Ross” show when he has “Kelly Osborne”, “Melanie Brown” (one of spice girls group) as guest, Nastaran Queen was interested in theatre, She was performing one the enjoyable roles on stage in theatre; “Key Exchange” by “Kevin Wade”. She is a hard worker and believes that one can achieve all accomplishments in this world by hard work and doing good work. If you talk about good work, Its good to know “Nastaran Queen” has performed several live performances to help Charity, She believes that one should help the needy people as in this way we can make this world a better place to live for all. In the direction of her music life, Nastaran Queen was collaborate with international composers Cartio Bros (Cameron Cartio and Alec Cartio). Her first music, called “Shabihe To”, finally hit the music market in 2016; And gained many listeners, She was also nominated for several international awards for that music and decided to make a music video for the song with the collaboration and direction of Alec Cartio, which became very special and amazing. Several of her other songs are called “Heyfe Man” and “VayFaghat To”. many of the listeners who are quite active on social media get instant updates of her latest songs. Furthermore, almost every month, her fan-following is increasing. This is truly a delightful sight for a singer. She constantly expresses gratitude for so much love and affection.

She performed an amazing popular show “Hollywood zone with Nastaran” and was able to gain a lot of fans in this TV program, Nastaran went to acting school at the same time and later became known as a model and actress. After talking about her hit song ‘Shabihe To’, Nastaran Queen said “Music heals everything which all of us have experienced at some point in our lives. My recent song has been receiving a lot of love and that’s what I want my music to do, to spread love in this difficult time. creating music is something I never want to stop.”

After know more about Nastaran Queen, we sure need more songs from her that not only make us vibe to the music but also focus on the lyrics. To keep supporting her, follow her on social media handles and also stream her songs, they are something to look forward to! If you ever see Nastaran Queen on the top charts, don’t be surprised that you read about her one day. A true musician at heart, Nastaran Queen.

Invite you to watch the wonderful music video called “Shabihe To” by Nastaran Queen and directed by Alec Cartio: